Chartered on April 1, 1922, the Rotary Club of Fort Myers has proudly served the community for 95 years. With approximately 165 members, the oldest Rotary Club in Southwest Florida includes many of the area’s prominent professionals and community leaders. Today, we’re a diverse club of men and women from nearly every sector of the region. 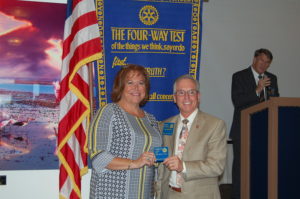 Rotary is a leadership organization composed of local business, professional and civic leaders who are united in providing humanitarian service locally and throughout the world, embracing the highest ethical standards to build goodwill and peace.

Rotary’s rich history of service includes its first major project in 1922 with the planting of Royal Palms on McGregor Boulevard. In recent years, we’ve dedicated our efforts to numerous local community 501(c)3 needs. Through its local trust fund, the Rotary Club of Fort Myers distributed more than $130,000 for many causes in the most recent fiscal year. The Club played a significant role in relief for Haiti and contributed more than $20,000 for shelter through Shelter Box, which has become the largest project in Rotary International history.

As a 501(c)(4) organization, we operate under the standard Rotary Club Constitution and Bylaws developed by Rotary International and operate on a July 1 fiscal year. The Club is the only one in the district to maintain an office and staff, where all business takes place including publishing of the weekly 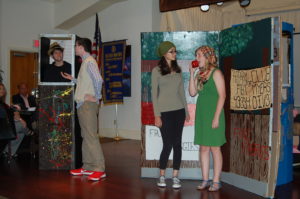 bulletin, “The Rotaryak.” The office is available for Board and Committee meetings, as well as members for special occasions.  It also provides information about other clubs as well as serving as a place for district meetings.

The board consists of six directors who serve two-year terms, and are charged with the operation of the club along with the officers.  Members of the board also serve as trustees of the club’s Trust Fund.