The Formation of Our Club

When the Rotary Club of Fort Myers was founded in 1922, the community was on the verge of change.  For many years a frontier cow town, Fort Myers had grown to a population of about 2,000.  The City had incorporated several years earlier in 1911.  World War I had just ended in 1918.  In downtown, brick buildings were replacing the old wooden buildings of the late nineteenth century.  Visitors from Northern states, the most famous of whom was Thomas Edison, wintered in the city in growing numbers.  Despite the changes, Fort Myers still had no modern roadway connections.  The railroad and the Caloosahatchee River were the primary means of reaching the City.

After many years of interest in forming a Rotary Club, a group of Fort Myers business leaders joined together to bring their vision into reality.    There were only seventeen clubs in existence in the state of Florida at the time.  J. Sanford Jewett, President of the Lakeland Rotary Club, had ventured to Fort Myers by train to assist with organizing the Fort Myers club.

For many years to come, the Club was open only to men.  Among the classifications or employment areas represented in the initial membership were automobile dealer, druggist, ship builder, real estate, livery stable, fire insurance, laundry, grocer, dentist, banker, livestock, and lawyer.

During the initial years of the Rotary Club of Fort Myers, a foundation was laid for community support.  The early Club shared with Rotary International a dedication to assisting boys in building character and experiences that could open them to a brighter future.  The Fort Myers club sponsored a local boy scout troop.  The Club also participated in activities that boosted the City of Fort Myers.  The Club invested in the beautification of the city by sponsoring a drive to raise funds to eradicate palm tree pests.  To further the cause of Rotary, our Club sponsored new Rotary clubs, including in this period the Punta Gorda Rotary Club.

The meeting place of the early Club often rotated.  The Franklin Arms hotel hosted the Club for many years.  Lunch in the 1920s was 75 cents for Rotarians. 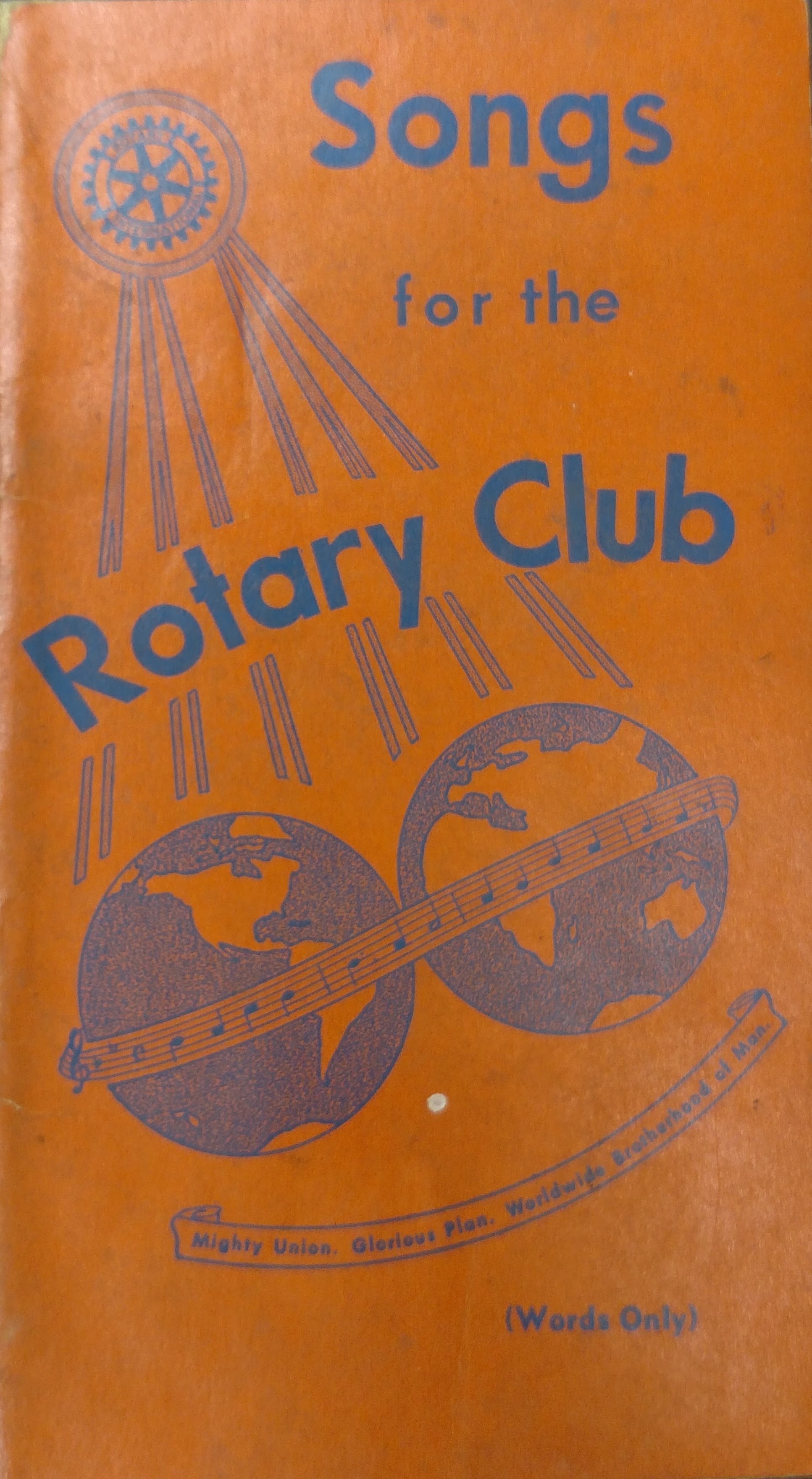 Then, as now, our weekly meetings included a speaker, Club update, and, like the meetings of the present, a good deal of singing.

Our Club is still known as “the Singing Club.”  Speakers of the period included business magnate Harvey Firestone, baseball legend Connie Mack, and Mina Edison, the wife of Thomas Edison.

A long line of distinguished women and men have served our Club as President, and our first was Ora E. Chapin, a local Banker and friend of Rotary International’s founder, Paul Harris. During Chapin’s term, his top priorities were transportation improvements, such as completing the Tamiami Trail, and helping young people in Fort Myers. To thank him for his term of service, the Club presented him a diamond-centered Past President pin at the end of his term.  In return, Chapin presented an official gavel to the Club.  The diamond pin was passed down from one President to the next for decades to come, and the gavel, reportedly, is the same gavel in use today at each of our weekly meetings.