Relieving the Jobless and Aiding Youth

During the Great Depression, service organizations across the nation faced difficulties. In the Rotary Club of Fort Myers, there were many resignations, but even in those difficult times, our Club tirelessly worked to support the community.  In 1932-1933, for example, our Club was very active in programs to benefit the needy. The Club organized a baseball league and challenged Kiwanis to a diamond ball game for the benefit of the unemployed. Eight other teams were organized in the so-called Unemployment League. The proceeds for game tickets were used to relieve the jobless.

The Club held its luncheon meeting at the Bradford Hotel in this period.

Our support of local Boy Scouts also continued through the 1930s.

The Rotary Club of Fort Myers has long been a supporter of local hospitals. In 1934, our Club furnished a room at the original Lee Memorial Hospital. Eighty years later in 2014, we continued the tradition of supporting healthcare with a $345,000 donation for Golisano Children’s Hospital.

None other than Paul Harris, the founder of Rotary International, visited our Club in 1937.  He presented a talk on the “Philosophy of Life” to the largest ever audience at a meeting up to that time: 125 Rotarians from across the region. “The thing in life that we need is friendliness, kindness, cheerfulness and love for those close to us—yes, love for humanity,” Harris said in his talk. 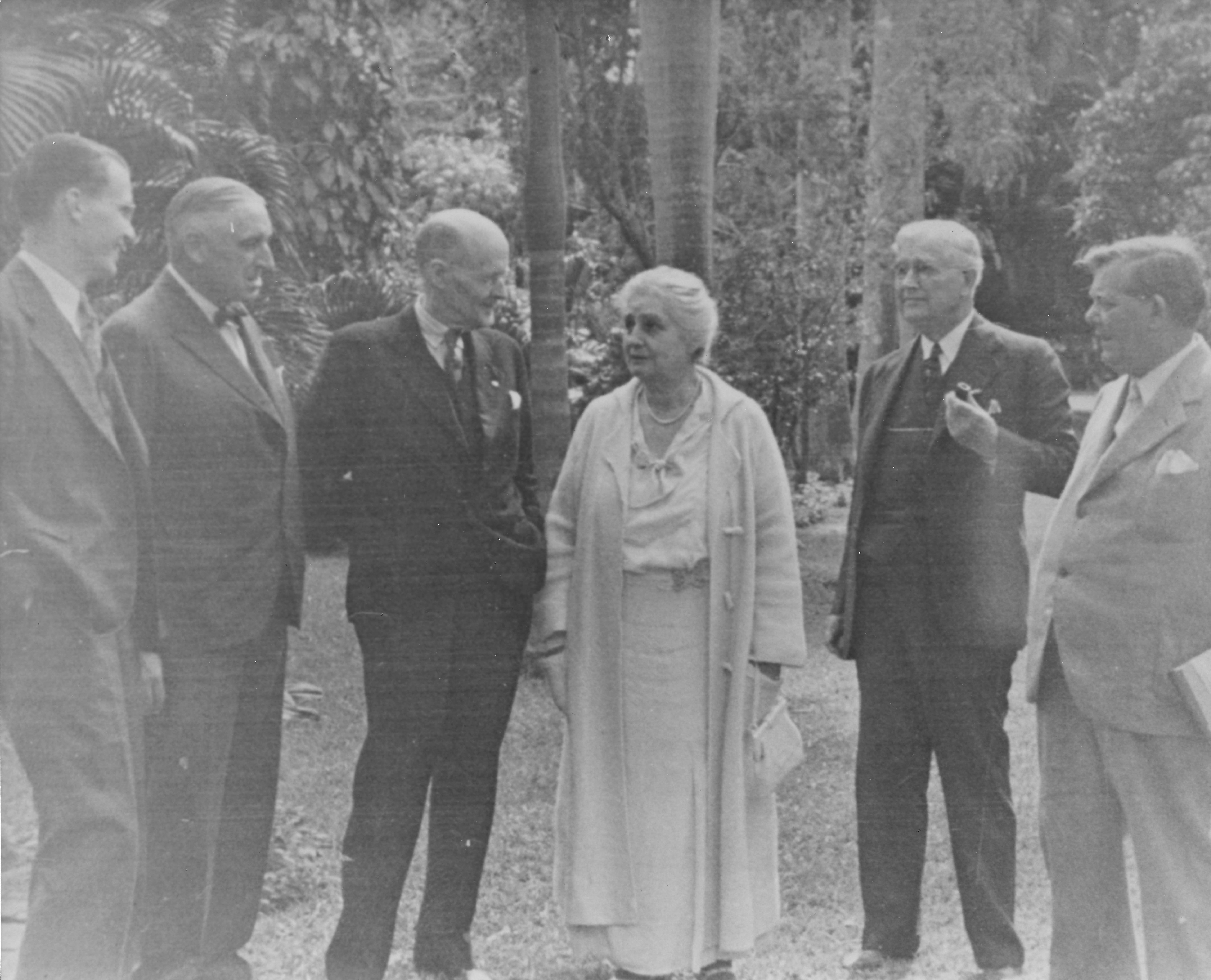 “Happiness is impossible for the person with an inward gaze—for a person who loses sight of other people by too much thinking of himself.”  Harris also took time to meet with Mina Edison Hughes

Another Club legacy that began in the 1930s was the Rotary Cup golf tournament.  The first tournament was held in 1937.  The original silver trophy was known as the John Turner Cup.  The story behind the trophy’s name illustrates how this Club bands together to help one another and our community.

In 1934, John Turner, a founding Club Member and former Rotary District Governor, was badly injured in a car accident. Rather than see him lose his decade-long record of perfect attendance at our meetings, our members held their weekly luncheon at his bedside at Lee Memorial Hospital for three weeks.  After he had healed, Turner thanked the Club by donating a silver trophy that served as first place prize at the golf tournament for many years to come.  Originally held at the Fort Myers Country Club, the tournament has changed venues over the years and the Turner Cup has disappeared, but the impact of the Rotary Cup has persisted.